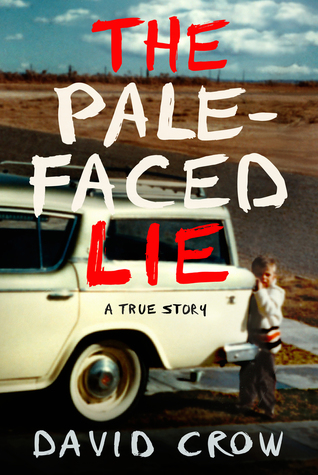 Growing up on the Navajo Indian Reservation, David Crow and his siblings idolized their dad. Tall, strong, smart, and brave, the self-taught Cherokee regaled his family with stories of his World War II feats. But as time passed, David discovered the other side of Thurston Crow, the ex-con with his own code of ethics that justified cruelty, violence, lies, and even murder. A shrewd con artist, Thurston intimidated David with beatings to coerce him into doing his criminal bidding. David's mom, too mentally ill to care for her children, couldn't protect him. One day, Thurston packed up the house and took the kids, leaving her homeless and destitute. Soon he remarried, and David learned that his stepmother was just as vicious and abusive as his father.Through sheer determination, and with the help of a few angels along the way, David managed to get into college and achieve professional success. When he finally found the courage to refuse his father’s criminal demands, he unwittingly triggered a plot of revenge that would force him into a showdown with Thurston Crow.With lives at stake, including his own, David would have only twenty-four hours to outsmart his father—the brilliant, psychotic man who bragged that the three years he spent in the notorious San Quentin State Prison had been the easiest time of his life. is a searing, raw, palpable memoir that reminds us what an important role our parents play in our lives. Most of all, it’s an inspirational story about the power of forgiveness and the ability of the human spirit to rise above adversity.

If You Tell: A True Story

Upstairs at the White Hou

For download this book you must register first. Start your FREE MONTH by clicking below

For read this book you must register first. Start your FREE MONTH by clicking below

For download this book you must register first. Start your FREE MONTH by clicking below

For read this book you must register first. Start your FREE MONTH by clicking below